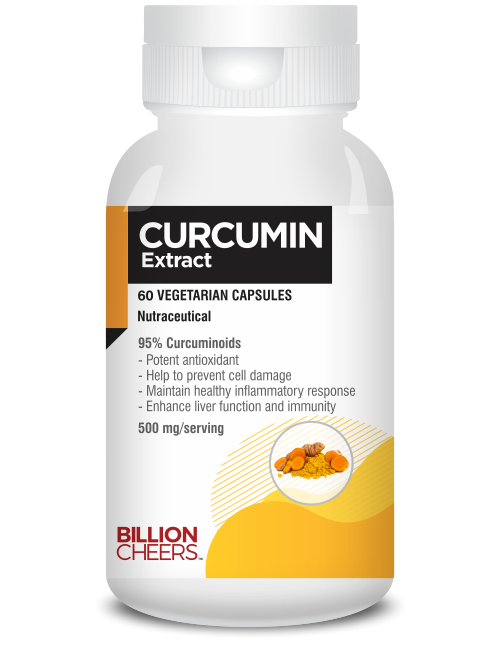 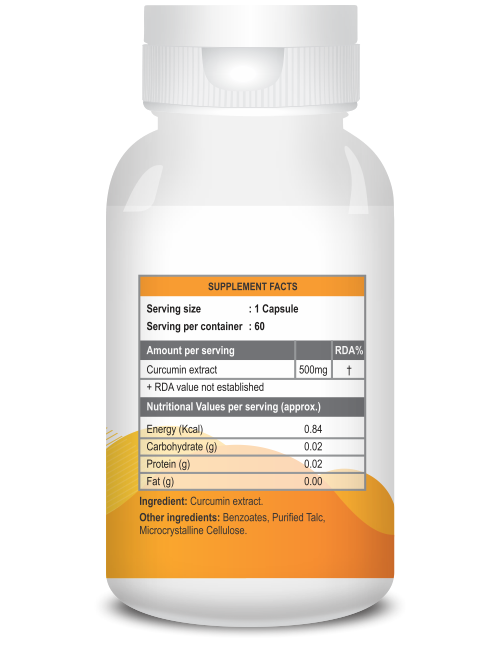 Billion Cheers Curcumin Capsules are made from a group of compounds together called as Curcuminoids. Curcuminoids reduces different kinds of inflammation in the body and thus helps relieving joint pains and it’s antioxidant properties also help in reducing wear and tear caused to bones.

Having one of the most strong and effective antioxidants, they fight damage causing free radical molecules in the body. Billion Cheers Curcumin Capsules are full of curcuminoid’s powerful ability to fight and remove these free radicals from the body. This helps the body stay and feel young from the inside as well as from the outside.

High curcuminoids concentration increases the anti-inflammatory and antioxidant properties of curcuminoids and makes them an excellent candidate to fight infections and the harmful free radicals in the body and notably boosts the body’s immunity in a holistic way.

It significantly improves the body's ability to protect itself.

Take 1 capsule daily before or after meals or as suggested by your healthcare professional. Take 1-2 servings daily.

Once a day before breakfast ₹ 549 Buy Now

Once a day before breakfast ₹ 2499 Buy Now