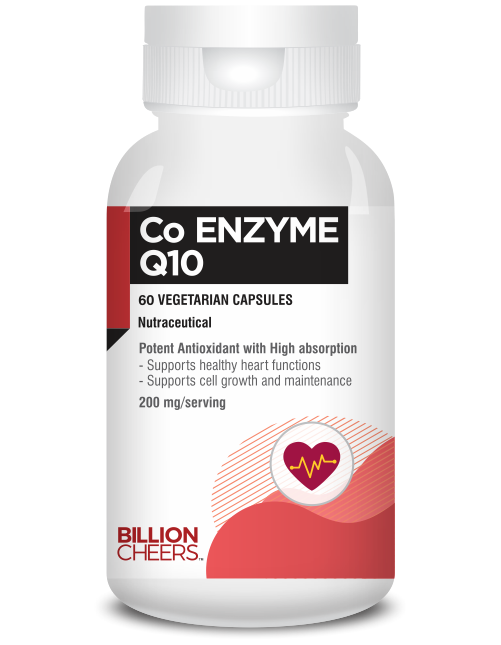 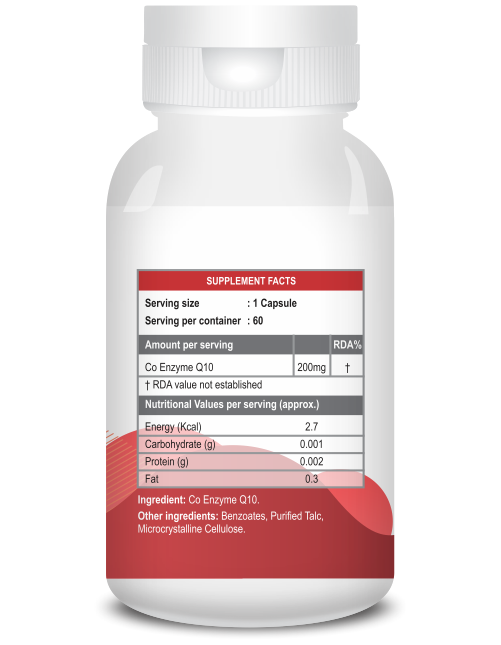 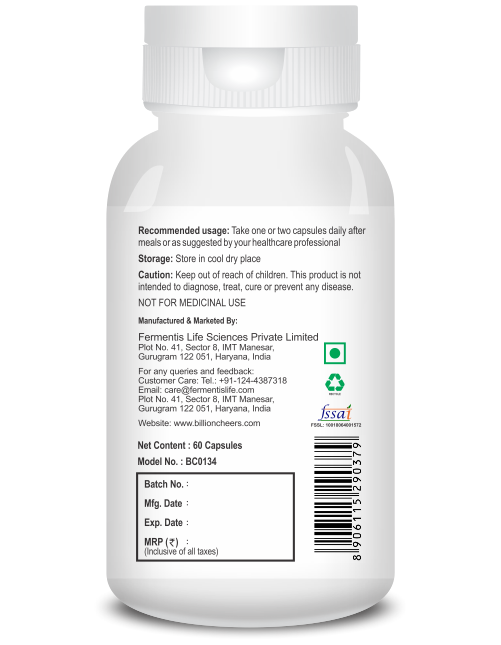 BillionCheers CoQ10 Capsules has the most innovatively prepared formulation of the Coenzyme Q10. Being an important antioxidant and that helps reduce oxidative stress from cells and important organs, CoQ10 capsules supports and maintains the proper functioning of the heart and keeps it young, active and protected.

Prepared after valuable scientific deliberation, Billion Cheers CoQ10 capsules primarily target harmful antigens and free radicals and prevents damage incurred by bacteria and viruses. This not just protects the body from diseases but also helps in facilitating clear skin and the overall health of cells.

Once entering the body CoQ10 capsules by their very formulation starts communicating with cells and immediately activate cell-repair for damaged cells and fortifying healthy cells and protecting them from any potential damage. Acting as a soldier for cells, CoQ10 helps cells and in turn the body to achieve optimum immunity.

CoQ10 has been found to directly improve metabolism, cell-growth and the body’s defence to fight damaging agents and thus significantly reduce oxidative stress experienced by the cells. It counteracts the decaying effects brought on due to age and helps keep the cells and the body young from within as well as from outside.

Assists cells in fighting antigens and cleanses them off them to make them stronger.

Take one capsule daily with a meal or after a meal or as suggested by your healthcare professional. Take 1-2 servings daily.

There are no reviews yet.

Once a day before breakfast ₹ 549 Buy Now

Once a day before breakfast ₹ 2499 Buy Now